NYU has adopted the Lean LaunchPad® class as a standard entrepreneurship course across twelve different schools/colleges within the University. Over 1,000 students a year are learning lean startup concepts. 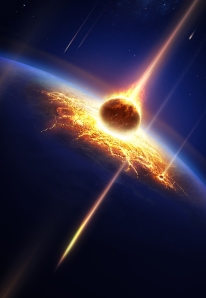 In August 2011 I received an email from someone at NYU I never heard of. Frank Rimalovski, the Executive Director of the NYU Entrepreneurial Institute, had just read about the National Science Foundation Innovation Corps (I-Corps) in my blog, and he absolutely had to meet me. To Frank’s credit he wouldn’t take no for an answer. When I said, “I’m too busy,” Frank said he’d fly out to fit into my schedule. When I said, “I’m at my ranch on the coast,” Frank promised to drive to Santa Cruz as soon as he get off the plane.

I figured any academic who was as persistent as an entrepreneur had earned my time.

So we met, and I learned a lot. First, I learned that Frank was not your typical academic. He was a career VC, now at NYU and charged with building an entrepreneurial ecosystem across the university. Frank’s goal in the meeting was to figure out how to ensure that NYU would be one of the new universities selected when the National Science Foundation scaled the Innovation Corps nationally. (The Innovation Corps, or I-Corps for short, is my Stanford Lean LaunchPad class offered by the National Science Foundation to our leading scientists. The Lean LaunchPad class teaches students how to build a Lean Startup using business model design, customer development and agile engineering. Teams have to get out of the building and talk to 10-15 customers a week.) I gave Frank the same advice I offered all the other universities who asked. But the difference was that Frank took it and made it part of the NYU proposal.

In 2012 NYU partnered with the City University of NY (CUNY) and Columbia University, and in early 2013 they won a grant from the National Science Foundation to build the Innovation Corps in New York City and jointly create the the NYC Regional Innovation Node (NYCRIN).

Spend it Wisely
As part of the National Science Foundation I-Corps program, NYU was responsible for training our country’s top scientists – and they’ve taught 170 of them so far.

But what NYU did with the rest of their grant dollars was simply brilliant. Over the last two years they used part of the National Science Foundation funds to send eight NYU faculty to California attend the Lean LaunchPad Educators program. (The Educators Program is a 2½ day class that teaches faculty how to create and teach their own Lean LaunchPad class.) In exchange the faculty had to agree to teach a Lean LaunchPad class at NYU within the next year. Unbelievably, they’ve delivered – and more. By this spring there will be 9 different Lean LaunchPad classes with 12 NYU instructors (and several more gearing up) teaching Lean at 12 of the schools/colleges within NYU. Some of these were brand new classes while others adapted existing business, design and engineering curricula to utilize the Lean approach.

Spread it Widely
In two short years, the Lean LaunchPad has had a major impact on teaching entrepreneurship at NYU. Starting this year all 750 incoming freshman at the NYU Polytechnic School of Engineering take the required Innovation and Technology Forumclass. The class has been updated to cover the key elements of the Lean Startup (customer development, customer segments & value propositions, product/market fit, and minimal viable products)!

In addition, 165 students from twelve different schools/colleges within the University took the full Lean LaunchPad class this year. And in each of the past two summers 10 teams with 30 students participated in the NYU Summer Launchpad accelerator program. Frank even convinced me to come to New York and teach a five-day 10-hour-a-day Lean LaunchPad class with him and his team each August.

Student Impact
While classes offered and curriculums built are impressive, what really matters is whether we had any impact on the students. Did we open new eyes? Encourage new startups? Change lives? To my surprise the impact has been clear and immediate. A few of the students wrote blogs about their experience in the classes.  Here are a a few quotes that stand out:

Tlacael Esparza recently received his masters in music tech from NYU Steinhardt and is the co-founder of Sensory Percussion.  “…I found the idea of doing 10-15 customer interviews a week daunting and distracting. How can I commit to “getting out of the building” when I have so much more work to do building and improving our first product? … However, going through the customer development process showed me the danger in that kind of thinking. In talking to musicians and music producers…there was a lot to be learned about how our competitors’ products are perceived and used and how Sensory Percussion would fit into the current eco-system.” Read Tlacael’s blog post about his Summer Launchpad experience here.

Fang-Ke Huang is a postdoctoral fellow in NYU Langone Medical Center, applying the proteomic approach to understand the brain’s functionalities such as learning and memory.  “…(The) class taught me not only the importance of customers, but also the application of the scientific method to the business model...I also learned that an entrepreneur should have a productive attitude towards setbacks. …, I started to view setbacks as a chance for feedback and as opportunities to redirect my efforts.”  Fang-Ke’s blog about the class is here.

Make it Better
Last but not least, Frank thought that neither the Four Steps to the Epiphany nor the Startup Owners Manual had enough specific advice on Customer Development. (Ouch.) I told him that if he thought he could do better he should write his own book. So Frank did. He collaborated with Giff Constable and wrote Talking to Humans: Success Starts with Understanding Your Customers to guide aspiring entrepreneurs through the process of securing, conducting and synthesizing early customer discovery interviews. And you know what? It is a great book. I used it in the I-Corps @ NIH program, and it’s now one of my class texts.

What’s Next?
From my time at NYU last summer, it was clear there is already a growing demand and interest from faculty and administrators alike to apply Lean in life science and healthcare at NYU. Now that the National Institute of Health has run an I-Corps class specifically targeted for Life Science and Healthcare (therapeutics, diagnostics, medical devices and digital health), there’s now a Lean LaunchPad curriculum for Frank’s next target –  bringing the Lean LaunchPad class into the NYU Medical Center in 2015