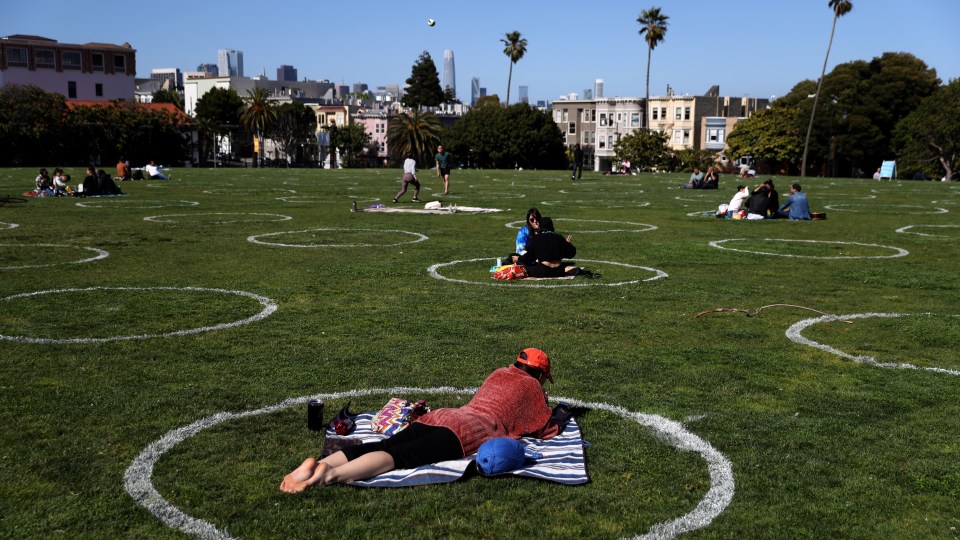 How can we assess COVID-19 policies? For example, how much should we restrict economic activity in light of the pandemic? How do we balance health risks with the costs of shutting down the economy? Living requires taking risks. To guide choices, it is useful to translate benefits, costs and risks into monetary terms.

An early estimate was that without intervention, COVID-19 may cause 2.2 million deaths in the US, but shelter-in-place policies aimed to limit fatalities to below 200,000. But at what cost? Unfortunately, we didn’t have a good estimate of the costs. In hindsight, one reasonable estimate is that social distancing would lead to a reduction of up to 30% percent of the Gross National Product in developed countries. Then for the US, where the annual GNP is about $20 trillion, sheltering-in-place for 3 months would cost about $1.275 trillion.

How to assess the benefits of sheltering-in-place? Economists have introduced a method for calculating the value of mortality risk, known as the value of statistical life (VSL). Without this explicit valuation, mortality risks might have been ignored or undervalued. When policies (say, changing a speed limit) may cause fatalities with some low probability, economists compute the number of expected fatalities and multiply them by the VSL. When it comes to investments to prevent environmental risks such as flooding or earthquakes, the EPA suggests using a default VSL of $7.4 million, but the VSL may vary across applications. Using the EPA’s suggested VSL, which is consistent with other studies, we find that reducing fatalities by 2 million is worth $14.8 trillion, dwarfing the cost of $1.275 trillion. The shelter-in-place order was well worth it.

We can refine our analysis given what we have learned during the pandemic. We know that most of the victims of COVID-19 are older individuals. In the US, a victim of COVID-19 on average loses 14 years of life years of life. And instead of the EPA’s VSL, we can use a monetary value for each quality adjusted life year (QALY) lost compared to life expectancy. Most medical decisions in the US assume that the value of one QALY is $150,000. Using this, we can estimate that our shelter-in-place order is still advisable since it provides a benefit of $4.2 trillion (2 million lives * 14 years * $150,000). Notice that the gap between benefit and cost has narrowed significantly. What if we were able to choose policies that significantly reduced deaths while allowing most economic activity to continue? Sweden has done so, and it is not clear they are worse off for it.

Making COVID-19 decision rules is tough. Policy makers have to balance economics and health, and decisions are made under uncertainty. Because conditions differ across countries, optimal choices may vary from country to country. The late, great Alberto Alesina recognized that the world is not run by economists, and suggested that economists need to understand the political that underly policy choices. Political scientists believe that “the quintessential role of government is to protect its citizens from harm”. Public safety is one of the crucial public goods provided by politicians. Personally, I buy the metaphor that the pandemic is like a war and extra sacrifice is needed to win. Unfortunately, while some policy makers repeat this metaphor, it is amazing that so little money and planning were allocated to the coronavirus pandemic compared to spending on the Department of Defense. Obviously the US wasn’t prepared for this war that has already cost more lives than the Vietnam War.

The rapid spread of the pandemic in the US, where COVID-19 became the largest cause of death during much of April and May, is perceived as an invasion by an unobservable enemy that has to be stopped. Still, we need to balance the benefit and cost of a COVID-19 policy, and adjust it. I was supportive of the quick closure of California and other states, and I believe that the closure was appropriate for many European countries. But given what we know now, we must consider reopening and reviving the economy while we look for a vaccine and improve testing and tracing. One challenge is to develop policies that are adaptable to changing circumstances, since policies should be based on local conditions. Still, some basic principles seem to universal: people should behave responsibly by wearing masks, maintaining social distance, isolating from members of vulnerable groups, and quickly responding to any symptoms by self-isolating and seeking medical attention. The state needs to respond decisively to new outbreaks, provide mass testing, ensure self-isolation and protect vulnerable groups. Within these limits it is important to open schools and businesses while ensuring reasonable parameters of safety (limit large, dense gatherings).

The actual number of COVID-19 fatalities in the US has exceeded 100,000, but many are in a few hot spots. Table 1 presents the outcomes for 22 countries and 22 US states through May 20th. The countries and the states are ranked based on fatalities measured by deaths per million people. It shows there are clear disparities between states and between nations. It suggests some factors that affect fatality rates are population density (New York vs. Wyoming), temperature (northern regions with colder January -April vs southern regions with warmer temperatures), and high rate of travel (urban developed countries vs. rural developing ones). Furthermore, regions with higher rates of immunocompromised populations are more vulnerable. Another factor is policy. Regions where the government imposed social distancing measures earlier (California, Washington) did much better than regions where the governments procrastinated, or where some segment of the population ignored social distancing guidelines. Why did Modi impose such harsh Covid-19 controls in India? One reason may be the political economic considerations. The older and wealthier groups benefit disproportionately from social distancing, which harms the younger and poorer groups, and the urban upper class dominates political calculus. In fact, the sensitivity of the well-to-do northern populous consistently overrides the needs of poor people in the global south. India and other countries should develop their own solutions to COVID-19 instead of following textbook approaches. Policymakers must take into account the country-specific circumstances and consider potential impacts on multiple groups.

A crisis like COVID-19 exposes the weakness of different systems. In the US (and in the UK), vulnerable groups include the elderly as well as members of minority groups which have higher rates of conditions like diabetes, obesity, and hypertension. Constrained access to medical treatment is another shortcoming of the medical system that contributes to their vulnerability. I hope that the crisis, by highlighting this and other injustices, will trigger change.

We see flaws in COVID-19 policies, but in retrospect we have made major progress. When I was a child, we feared the polio epidemic. We boiled water and avoided restaurants. We waited many years for the Salk vaccine, which dramatically changed our lifestyle (I was finally allowed to buy falafel from street vendors). Now we expect a vaccine to emerge within months. While the Spanish flu decimated 1-3% of the global population, mortality rates of COVID-19 and Ebola are below 0.01%. Apart from its tragic health effects, I worry about economic and political effects of the pandemic. Much depends on sound political leadership that will allow us to take advantage of science, prevent war, and create a more just and equitable society. The coronavirus is likely to change our education and business systems; hopefully it will make the American health system more inclusive and efficient so that when the next pandemic strikes, America will be proud of her response.